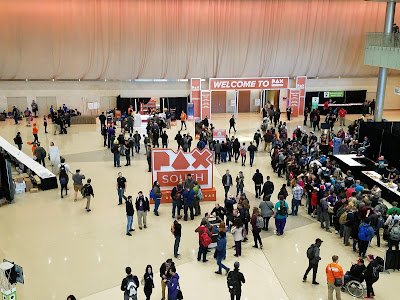 We had an amazing time at PAX South 2018 and we loved meeting all our fans!  Whether you came to try out The Painscreek Killings demo or have already been a fan since the beginning, we just want to say THANK YOU!

PAX South was the best event we as EQ Studios could have ever experienced to kick-start 2018.  It was our first expo and we were extremely nervous because we didn’t know what to expect.  Few days before PAX, we had to make an 18 hour, 1277 mile road trip from Las Vegas, Nevada to San Antonio, Texas. 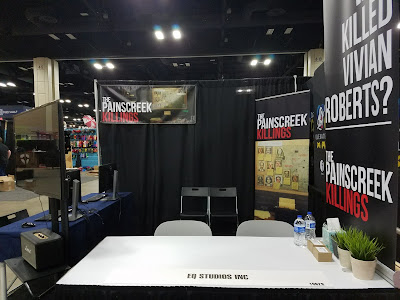 We arrived a day before the event and spent the entire time setting up our booth and making last minute adjustments.  After multiple trips to Office Depot and Walmart for more supplies, we went back to the hotel, and brainstormed the elevator pitch for our game until 3

DAY 1
Our day started 3 hours prior to PAX official opening to prepare for the press, who were allowed early access into the exhibit halls.  With only a few journalists stopping by, we grew anxious to the thought of how the public will think.  Despite our worries, in the first few hours the turnout was incredible, and the feedback from visitors were overwhelmingly positive.  We were shocked to see what kind of audience were interested with the game. 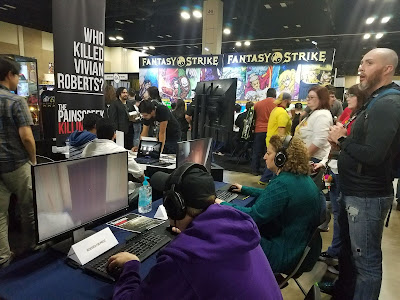 We had forensic scientists, lawyers, IT engineers, software developers, and even parents who never play video games but were eagerly interested in our game.  We realized that our fans were an older audience that were not necessarily gamers but loved stories and murder mysteries. 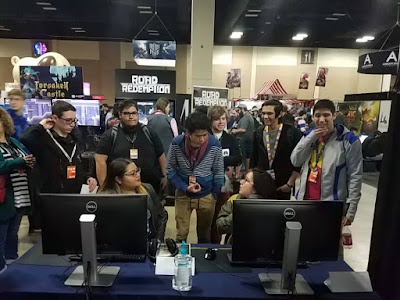 Because of the unexpected number of visitors in the first few hours, we ran out of pins and flyers to give out.  We even had to send one of our team members to rush to the nearest UPS store and print 1000 more flyers for the rest of the event.  Even with a few last-minute adjustments, we managed to make things work out.  By the end of the day, our team was super exhausted and frustrated that there were so many things we could have done better.  (In retrospect, we did the best we could, considering it was our first PAX).

DAY 2
We arrived as early as the first day because we wanted to make small changes to the booth and demo.  Even from 8 am there were people lining up, patiently waiting to be the first group to enter. 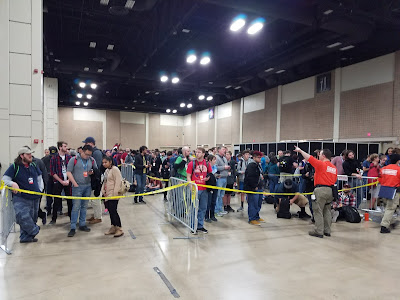 As soon as the crowd was allowed in, there were a lot of people visiting us early to have a chance at our demo booth.  We were also happy to see familiar faces from the day before and some coming back to say hi.  In the morning, so many visitors were lining up to test our demo that we had to set a time limit per player to accommodate everyone.   During what felt like a busy farmer’s market, we were thrilled to have streamers, Youtubers, and bloggers approach us for an interview or to play the demo.  A few of them asked us about EQ Studios’ history and were genuinely impressed with The Painscreek Killings as our first game.

DAY 3
Our approach to the last day drastically changed when we had a morning meeting before PAX.  The plan was, as usual, meeting with fans at our booth, but we realized that this event was also the best place to meet other indie game companies.  As a team, we agreed that we should take this opportunity to network with other developers and publishers.  By taking turns staffing the booth, some of us were able to go out and meet with other indie game companies. 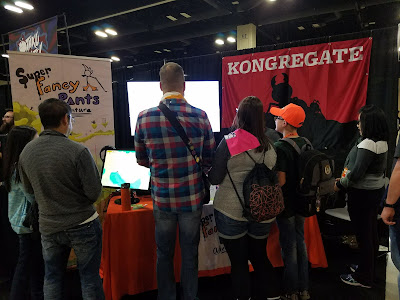 Q) What were your expectations going to PAX?

-        To be honest, I didn't know what to expect. All I knew was that I had to be presentable as much as possible because, in a way, this was going to be our debut as EQ Studios to the public. We were going to show our faces for the first time to potentially our fans and the press.

-        I expected that EQ Studios could network and make some new contacts and friends and come back inspired.

Q) What did you enjoy most at PAX?

-        I loved the fact that I was surrounded by developers who shared the same passion as me. They were able to share their struggles and victories and it allowed me to feel less alone knowing that I too went through the same experience. Additionally, hearing all the positive feedback for our game, made it feel that all those hours of being sleep deprived and pushing myself beyond my limit was all worth it.

-        I enjoyed talking with publishers and meeting with other indie developers most.  As it is our first game, we had no clear idea the tactics used for game publishing.  Through meeting them, we learned quite a bit.

-        I enjoyed meeting the fans and seeing like-minded indie developers.

Q) Is there something you felt that could have been done better?

-        Since this was our first expo, we were bound to have hiccups and issues we weren't expecting. But to our relief, our issues weren't anything major.  Mainly small things like realizing the extra things we could have added to our booth, printing more fliers, and realizing how to run things more efficiently.

-        I believe we did the best we could given our circumstances

Q) Was PAX South worth going too?  Even if it’s the smallest PAX event.

-        I think it was worth it since it’s our first time exhibiting our game at PAX. We learned a lot through PAX South. However, I’ve also come to realize that PAX South is meant for developers who already have a solid sale record and are there to cater to gamers. For those whose goal is to get their game covered by press, PAX South is not the place to invest.

-        It was worth it. The size was perfect for our first experience and most Twitch streamers preferred PAX South to Twitch Con because PAX was bigger.

-        Absolutely! There was so much valuable information we were able to learn. We received lots of amazing feedback, from learning tips and marketing techniques from other developers, to receiving constructive criticism from play testers. In fact, it was better that we used the smallest PAX as our testing ground. We are now able to better prepare for the much bigger expos.

Again, thank you all for the support and we look forward to seeing you soon!

Email ThisBlogThis!Share to TwitterShare to FacebookShare to Pinterest
Labels: PAX